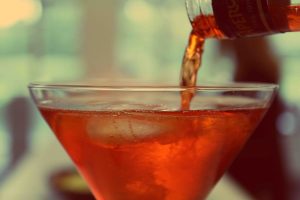 Chicago has instituted a number of stringent requirements for children or minors being in possession of alcohol. The Minor in Possession (MIP) laws are unique in they focus on the one with parental or supervisory responsibility as being an exception clause. For teenagers, the MIP laws tend to capture those who are drinking and driving whilst under age. The penalties will typically also include the suspension of the driver’s license in order to reflect the specific circumstances in which this crime is committed. The law is written in such a way that you can be charged with Minor in Possession infringements even if you were not drinking at the time. The key constituent elements of the crime are all about carrying alcohol rather than just consuming it.

There has been some discussion as to whether the law has a built-in privacy provision that would protect dwelling places from prosecution. This is in addition to the usual political process of legislating. In reality, most of the enforcement takes place on the road or in bars/public drinking places. Unless the information about the crime was discovered during an alternative investigation, it is not a given that the law enforcement agencies will invade the privacy of your home in order to assess whether you are in contravention of the Minor in Possession laws. The specific wording of the law says that the law is intended to capture those who have alcohol on them in a public place or a place that is open to the public when they are not 21 years of age.

At the top end of the penalties range, you may be sent to jail for a year. The fines are set at $2,500 for this Class A misdemeanor. It is important to note that there are two critical exemptions to the Minor in Possession law in Chicago. The first relates to religious ceremonies such as the taking of the Eucharist. The second relates to supervised usage, particularly if they are in the privacy of their home under the direct supervision and approval of their parent/guardian. This was an important provision because some parents actually introduce their children to social drinking at home as part of the growing up process. It was considered to be highly inappropriate for the government to get involved in this process of socialization unless there were child protection issues that needed to be addressed.

The court has a number of alternative and additional options for disposing of the case once guilt has been established beyond reasonable doubt. For example, it can order for supervision for a given period of time such as a year. In such cases, the court has the option of dismissing all the charges as long as the defendant has carried out all the instructions of the court correctly. This provision was designed in order to ensure that teenagers were not being criminalized and given a criminal record for behavior that would otherwise be considered a normal part of growing up. The court can also set probation for up to two years, with the usual reporting requirements.

Given the fact that many of the defendants are young people, it is possible for the court to deal with the case using a conditional discharge. Here the offenders are required to be on their best behavior for a given period of time or risk being sent to prison. Restitution may be applicable where losses are incurred as a result of the offender’s action. For the most part however, this is a self-harming crime in itself unless the person is drunk and goes on to commit other crimes as a consequence of being inebriated or even possessing a fake ID. Call David Freidberg Attorney at Law now at 312-560-7100 to get the legal help you deserve.