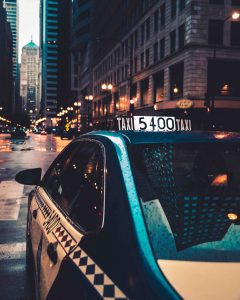 Chicago taxi driver Mustafa Dikbas was accused of holding a woman hostage and sexually assaulting her in his taxi earlier this year. The man was later arrested in Oswego for a 2007 sexual assault that also occurred within a taxi.

The investigation began in 2007 when a woman told police that she had been sexually assaulted on a trip from Chicago to Oswego by her cab driver. She was able to provide a description of the driver to police but did not know the name of the cab company and could not provide information on the vehicle. DNA evidence was collected and found its way into the DNA index system.

Prosecutors say that the woman hailed a taxi around 3:30 AM after leaving a bar. The woman fell asleep on the drive home and when she awoke, Dikbas had pulled up her skirt and was sitting next to her. According to her, at least two hours had passed and she was blocks away from her home.

The woman was able to provide a description of Dikbas to police and a follow-up investigation revealed that Dikbas’s DNA was the same as the DNA found in the 2007 case.

Most folks out there who have watched CSI and other procedural police shows have an idea in their head that DNA evidence is infallible. When confronted with DNA evidence in a court of law, most defendants will roll over and take the best plea they can get (if one is even being offered). However, many of the cornerstones of both federal and state forensics have recently been shown to be not scientifically valid (to put it mildly). There is wide-scale suspicion concerning laboratory results and how they can be manipulated to make innocent parties appear guilty.

The defense attorney’s job is to understand how DNA evidence works and how it is used in criminal trials to tie a defendant to a crime. Nonetheless, most jurors only have a vague understanding and prosecutors count on this in order to bolster cases in which no other evidence is available.

When DNA evidence is presented, a good defense attorney will need to inform the jury as to what precisely this evidence indicates. The prosecution is forced to prove their case beyond a reasonable doubt and problems arising out of chain of custody errors or the mishandling of evidence can plant that seed of doubt.

Even in the best-case scenario, DNA evidence only provides a probability that the defendant’s DNA matches that found at the crime scene.

If DNA evidence is likely to be used against in your a criminal trial, you need an attorney who understands how it works and where that evidence may not mean what the prosecution says it means. David Freidberg, Attorney at Law, understands the stakes and can cast doubt on DNA evidence presented at trial. Give us a call at (312) 560-7100 to set up an appointment today.