Eyewitness identification is incredibly unreliable, yet can be a determining factor in a jury finding someone guilty at trial. In a study of 525 wrongful convictions, the Innocence Project found that 73% of those wrongfully convicted (235), were found guilty due to incorrect eyewitness identification. If you are being charged with a crime, it is best to consult an experienced criminal defense attorney immediately, and especially before standing or having your photograph presented in a lineup. 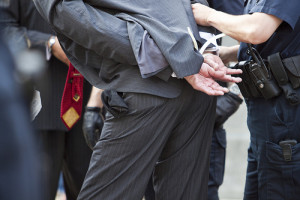 Illinois alone has released more than 20 wrongfully convicted criminals since 1993.  Thankfully, Illinois is taking steps in attempts to cure this issue.  A recent legal change is a step in the right direction.  Illinois has a new statute governing lineup procedures, 725 ILCS 5/107A-2.  This statute is an attempt to remove human influence from tainting the lineup procedures, by requiring the use of either an independent administrator, an automated computer program, or random shuffling of photos for all lineups.  This new statute also contains other safeguards, including video recording and written reporting requirements, all measures designed to strengthen the reliability of the results and prevent misidentification of witnesses. According to the new law, lineups now must be conducted using one of the following methods:

An independent administrator is somebody who is not a police detective, officer, or any other member of the arresting police force.  The lineup administrator has to draft and file a report at the end of the lineup, which must be shared with your lawyer.

If the lineup is going to be a photographic lineup (rather than one in which people stand before a glass), then this statute allows an automated computer program or other automated device to be used.  The automated program will automatically display a lineup of photographs to an eyewitness without allowing the lineup administrator to see which photographs the eyewitness is viewing until after the lineup is completed.

In addition to using one of the methods above, law enforcement agencies have to adopt written guidelines that explain in which circumstances simultaneous lineups will be used (all photos are shown at the same time), and under which circumstances sequential lineups will be used (when an eyewitness is shown photos one at a time). There are also specific instructions that must be given to the witness, and all lineups must be audio and video recorded whenever possible.  Copies of any recordings must be given to your lawyer during the discovery process.

This new law still does not go far enough to protect you from an erroneous conviction based on wrongful identification.  There is a catch-all provision in the new law that allows the police to use “any other procedure” which supposedly prevents the lineup administrator from knowing the persons or photographs presented to the witness, but in essence allows the police to avoid using any of the procedures this statute suggests.

There is still a ways to go until eyewitness misidentification stops sending innocent people to prison.  If you need a lawyer before a lineup or to suppress a faulty identification at trial, and you are in DuPage County or the greater Chicago area, contact David L. Freidberg now at 312-560-7100 for a free, confidential consultation to see how we can help you.