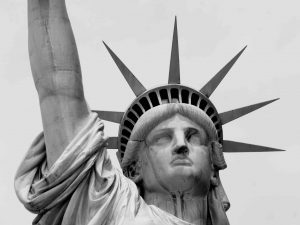 After being elected, President Trump vowed to deport illegal immigrants with criminal records. A series of executive actions taken by him in his inaugural year suggest that the president will widen the net to all immigrants, regardless of whether or not they have a criminal history. President Trump’s plans have led to huge uncertainty for thousands of undocumented people living in the US.

While a few of them may be facing criminal charges, it is likely that many fear that they could be deported from the country they call home. Let’s discuss the plight of such undocumented US residents in detail.

A resident of Chicago, Miguel Perez Jr., lost an appeal to remain in the US, despite the fact that he has served time in the US military. He might be deported to Mexico. Miguel is being held in Wisconsin detention facility where he is on a hunger strike in order to bring attention to his cause. His supporters argue that such an action against him highlights the disconnect between people praising the military while on the other hand advocating penalties for immigrants who have served in the past.

Lukasz Niec, a Polish immigrant who was brought to the United States as a child, is being deported for crimes he committed as a 17-year-old. He destroyed property worth less than $100 and received stolen goods. He pled guilty and participated in a program meant to help young offenders.

He was assured that this crime would not affect his future since he was a minor and participated in the rehabilitative program. He since went on to legally obtain a green card. He has lived in the US for the past 40 years, but now he has been arrested and threatened with deportation.

Nearly 50,000 Irish Nationals are Facing Deportation From the US

With dips and swells over the years, Ireland’s immigration links to America go back centuries. Over the years, the US immigration laws have changed. Earlier, sanctuary cities like Chicago were considered safe for the undocumented residents. However, things have changed with the Trump administration, and deportations have started occurring in these cities, as well.

Mayors in several US cities are speaking out against Trump’s orders. In fact, they are vowing to welcome people no matter where they are from. However, the legal boundaries between federal, state, and local law muddle immigration cases, making the need for proper legal representation dire. Contact David Freidberg, Attorney at Law for further information. You can reach the office at (312) 560-7100 or contact us online for a free consultation.