Did you know that chasing a person in your car can get you arrested for aggravated assault in Illinois? Two Chicago-area residents recently learned this the hard way when they were arrested and charged with felony aggravated assault.

A Wilmette man was charged for allegedly trying to run over a man who chased after his vehicle. And a Hazel Crest woman was charged in downtown Chicago after an alleged attempt to slam her car into a bicycle police officer. A conviction on felony aggravated assault charges carries prison time and hefty fines, so it is important that you contact an experienced Chicago aggravated assault attorney to help build your defense. 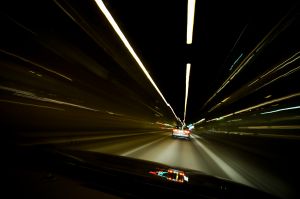 ving a battery. No actual harm or physical contact is required – it is enough that the other person was afraid of being harmed or touched.

Like simple assault, aggravated assault does not require physical contact between you and the alleged victim. The “aggravated” element can come in to play if a weapon was used during the assault. In Illinois, the definition of weapon includes a vehicle, if it was used in a manner that threatened to harm another person – and attempting to run somebody over is enough for the police to make an arrest, as the two individuals in the news stories above learned.

Defending Against Aggravated Assault with a Vehicle

In a case involving assault charges, the first step would be to determine whether an assault actually occurred. If the alleged victim’s fear of injury was not reasonable, then no assault occurred, and the charges might be dismissed. If the assault did occur, then the defense attorney must determine whether the aggravating factors were actually present. If they weren’t, then the charges could be reduced to simple assault.

In the case of the Wilmette man, who allegedly tried to back over the other person, an experienced criminal defense attorney would look at whether the driver could actually see the other person in his rear view mirror. If the driver did not know the man was back there, then he cannot be considered to have “used” a vehicle to threaten harm. Likewise, if there was a mechanical failure with the car that the driver was unaware of, such as faulty brakes, the driver could not be considered to have “used” the car to threaten harm, since he had no control over it backing up.  There is an intent component with regard to assault charges.

In the case of the Hazel Crest woman, the criminal defense attorney would need to determine whether she knew the officer was a peace officer. If he was a plainclothes officer who had not identified himself as the police, the charges might be dropped to a Class 4 felony. And when the driver turned and allegedly tried to run him over, did she actually know he was there, or was he in a blind spot or appear from nowhere? A person on a bicycle has more maneuverability on a city street than a car, so there is an argument to be made that the bicyclist could have quickly positioned himself in a spot where he wasn’t easily visible to the driver.

Aggravated assault is a serious charge, and you need a criminal defense attorney who will treat it that way. The Law Offices of David L. Freidberg, P.C., has successfully defended thousands of misdemeanor and felony aggravated assault cases in Cook, Lake, Will, McHenry, Kane and DuPage counties and has the experience you need to get the charges against you dropped to simple assault or outright dismissed. We are available 24/7, so do not hesitate to call us at 312-560-7100 or contact our office today to set up your free consultation.