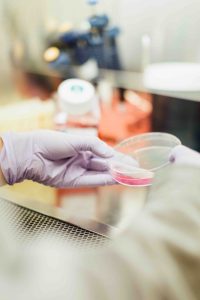 Although DNA has become an important part of criminal prosecutions, there are many who really question whether it is a perfect source of evidence. Recently, the Daniel Holtzclaw case highlighted some of the problems that are associated with DNA evidence. In that case, an ex-cop was convicted of rape. The defense attorneys argued that the analysis of the DNA in the case was faulty.

It is imperative for DNA evidence to be handled, stored, transmitted, and analyzed correctly in order to avoid a mistrial. Sometimes, convictions are overturned based on faulty evidence of this kind due to bad science. The services of a police lab analyst are required in order to ensure that the results of the tests can be independently verified. If the case involves a law enforcement officer, an independent expert witness may be called to support the defense team.

Some of the Problems of DNA evidence

One of the biggest problems of DNA evidence is what is known as secondary transfer or touch transfer. The prosecutor is required to prove that the DNA could not have been transferred in any way other than the one that indicates that the crime was committed. For example, it is possible to transfer DNA material through a handshake or even any other skin contact. It can be a defense to say that the DNA was transferred in a non-criminal way.

The other problem is where the prosecution team misrepresents the true accuracy of the DNA evidence. They normally do this during the closing arguments of the case. Moreover, it is expected that the prosecutor will disclose the facts to your lawyers if and when they have DNA evidence so that the defense team can prepare their response. It is also important to note that DNA evidence can conclude a case if there is already a lot of circumstantial evidence.

The Law on DNA Transfer Evidence

This technology has problems and risks. The first thing is to ensure that the defense team has access to the DNA evidence and can interrogate the expert witnesses who are going to be presented. The fact that there is the DNA of the suspect at a crime scene is not final proof that he or she committed the crime. The defense team must try to find alternative explanations for the transfer so that they can create “reasonable doubt” in the minds of the jurors.

Mistakes that are made by the suspect can make it easier for the prosecutor to convict him or her even if the defendant is not guilty. There are many people who have overturned their convictions by successfully arguing against DNA evidence. It is not always the smoking gun for which all prosecutors hope.

The other important thing to remember is to get legal advice from the experts who know how to deal with DNA evidence. Before doing anything or giving any interviews, ensure that you contact David Freidberg Attorney at Law at telephone number 312-560-7100.