Newly discovered DNA evidence has cast serious doubt this week on the convictions of two Lake County men who were sentenced to prison for the commission of two different murders. Juan Rivera was convicted of the 1992 rape and murder of an 11-year-old girl, despite the fact that his DNA did not match semen taken from the victim’s body. Marvin Tyrone Williford was convicted in 2004 for beating and setting fire to a 39-year-old man in 2000; the victim died in 2002 from his wounds.

Blood evidence taken from the 2000 case has now been matched to semen taken from the 1992 case, indicating a strong likelihood that the same person committed both crimes. More importantly, two men appear to have been wrongly convicted and spent unnecessary years behind bars.

How could this happen? 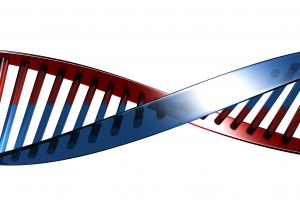 Sadly, it is an unfortunate fact of criminal law that far too often, innocent people are sent to prison for crimes they did not commit. Unreliable or lying witnesses, prosecutors who are more concerned with closing cases than serving justice, or ruthless police interrogation tactics can and do result in criminal convictions of innocent defendants. In some of these cases, DNA evidence later exonerates them, although not before these innocent men and women have spent many years of their life behind bars. Since 1989, 316 prison inmates have been exonerated after their conviction thanks to DNA evidence; the average number of years spent behind bars for those exonerated was 13.5.

The presence of DNA is not the smoking gun that crime shows like CSI and Law and Order would have you believe. Its presence at a crime scene does not prove that a crime was committed; rather, it proves that somebody was simply present at the crime scene. In rape cases, for example, DNA obtained from semen samples proves only that the parties had sexual intercourse, not that a rape occurred.

This is the tack that prosecutors in the 1992 rape and murder took when arguing their case to the jury. They knew that Rivera’s DNA did not match the semen sample taken from the victim. But instead of dismissing the charges, the prosecution argued that the victim – at age 11 – had engaged in consensual sexual intercourse with a third-party prior to the murder, which accounted for the unmatched semen sample. They instead relied on Rivera’s confession (that he later recanted), which was obtained following four days of police interrogation.

In other cases, prosecutors bent on closing cases can try to ignore the existence of DNA evidence that shows the defendant did not commit the crime, and focus on other flimsy evidence to try and bolster their case and win a conviction. Williford was convicted despite there being no physical evidence linking him to the crime – blood evidence found on the two-by-four did not match Williford’s DNA. Instead he was convicted based largely on eyewitness testimony that he wielded the two-by-four that was used to beat the victim.

This is why it is important to have a criminal defense attorney who has the tenacity to attack prosecutors who are bent on obtaining a conviction despite DNA evidence showing the defendant’s innocence. The Law Offices of David L. Freidberg is armed with a team of forensic experts who can help analyze DNA evidence to determine whether the prosecutor’s experts came to the right conclusion, and whether testing protocols were followed.

Chicago Criminal Defense Attorney
If you have been arrested for any crime, your first phone call should be to a Chicago      criminal defense attorney, even if you are innocent and have nothing to hide from police. As demonstrated in the Rivera case, police often use interrogation tactics that can cause innocent people to confess. An experienced criminal defense attorney will not let the police bully you into making a false confession that can land you in prison. David L. Freidberg has 18 years of experience defending against all felonies and misdemeanors and is not afraid to go toe to toe with police and prosecutors. Call our office at 312-560-7100 or contact the Law Offices of David L. Freidberg, P.C., today for a free consultation. We are available 24/7 for your convenience.