Illinois Cook County Sheriff’s officers arrested a Minneapolis man in March after a traffic stop revealed that the man had 25 pounds of crystal methamphetamine in his vehicle. Officers pulled the vehicle over in Arlington Heights after observing it commit several traffic violations. The drugs were found after the driver consented to a police search; the driver was then arrested and charged with possession of a controlled substance with intent to deliver. The arrest raises several issues that an experienced drug possession attorney would explore to determine whether the police exceeded their authority in the search, seizure and arrest. Such a violation of the defendant’s rights could help get the charges dismissed or reduced.

Stop, Search and Seizure of Vehicle

Next comes the search. Police claim that the driver consented to the search. An attorney would again review the police report and discuss with the client how consent was given. There is a difference between if the officer asked, “Would you mind if I searched the vehicle?” or instead stated, “I’m going to need to search the vehicle.”

The first question implies that the driver had the right to refuse, which is the case in all police stops; there is no requirement that you answer the police officer’s questions, and you are always free to go on your way unless an arrest has been made.  An arrest is made when you do not feel that you have the right to leave the scene.

The second statement, however, does not give the driver any indication that he is free to refuse the search and continue on his way. Consent is not freely given if the defendant feels that he cannot refuse. The search may also have been unreasonable if the reason for the stop did not warrant the search; for example, pulling the driver over for a broken taillight would not normally necessitate the search of a vehicle. If consent was not freely given, then discovery of the methamphetamines would be illegal.  A motion to quash the arrest and suppress the evidence would be filed and the evidence would be deemed inadmissible in court, thus leading to an outright dismissal of the charges.

An attorney would also investigate to determine whether the police could prove that the drugs belonged to the driver. Was the car registered to him? If the driver borrowed a friend’s car and did not know it contained drugs, it may be possible to have the intent to deliver charge dismissed. If the car did belong to the driver, had he lent it to anybody recently who may have placed the drugs in the vehicle without his knowledge? If the drugs were planted by a third party, then the intent to deliver charge would have to be dismissed. Both of these scenarios would also negate the charge of intent to deliver.

Intent to Deliver in Illinois 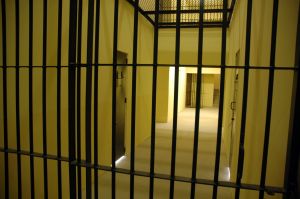 An attorney will examine all the evidence to determine if any of the defendant’s rights were violated. If the evidence suggests a guilty verdict, he will zealously negotiate with prosecutors and the judge for a reduced sentence, or seek to reduce the charges or prison time in exchange for helping in an investigation of a larger drug ring.

If you are arrested in Chicago or the surrounding suburbs for drug possession, it is important that you contact an experienced drug crimes attorney immediately. If any part of the police’s actions violated your rights, David L. Freidberg will uncover it and work zealously to get your case dismissed, or the charges reduced.  We are available 24/7 so please call us at 312-560-7100 or contact the Chicago Law Offices of David L. Freidberg, P.C. today to discuss how we can help.