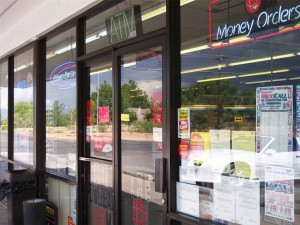 Was it the Unidentified Man Who Assaulted Gaines, Leaving Him Unconscious in the Street?

A blow to his head left Gaines unconscious. After hitting Gaines, the unidentified man walked away leaving him in the street. Head injuries created in this manner can be fatal, and the punch to his head did leave Gaines unconscious for several minutes. But was the blow hard enough to cause Gaines’ death? The autopsy report is said to have listed his death as a “murder.” The report has not been released to the public yet; however, Gaines medical records indicate that, in all probability, he did not die from the punch, but from being run over by the taxi.

The unidentified man, after striking Gaines in the head, did place him in harm’s way by leaving him in an unconscious state in the street. While his conduct can be viewed as reprehensible, can he be charged with “murder” or perhaps “manslaughter”? This would be a question for the “trier of fact” after all the evidence has been presented. For more information on this story, see the Chicago Tribune.

The Bystanders Who Robbed Gaines While He Lay Unconscious in the Street?

Illinois, like other jurisdictions, does not have any laws on the books requiring an individual to rescue another individual who is in harm’s way. There are certain circumstances in which a bystander may be held liable for the subsequent injury or death of another person, and that is:

The bystanders that robbed Gaines did not create his danger, nor did they start to rescue him and then stop. They did not have a special relationship with him, they robbed him. Morally, it can be said that they contributed to his ultimate death but legally, probably not. In all probability, they can be charged with a robbery, not a murder.

The Bystanders Who Walked Over and Around Gaines While He Lay Unconscious in the Street?

As previously stated, bystanders, as a rule, are not liable for the injuries or death of another person under the Illinois “Duty to Rescue” law unless they created the danger. These bystanders had no “legal” duty to render aid to Gaines. Were they morally irresponsible? Yes. See Illinois’ Good Samaritan Act, for more information on this issue.

The Taxi Cab Driver Who Ran Over Gaines as He Lay Unconscious in the Street?

In all probability, the injuries sustained by being hit with the taxi caused Gaines’ death. If the driver is charged with “murder,” it may turn on whether it can be shown that he was criminally negligent in driving his cab in such a way that he could be charged with “vehicular homicide.” The law enforcement officers who arrived on the scene did not cite the cab driver for any traffic violation. Whether or not the cab driver can be held criminally responsible for Gaines’ death is an issue that will have to be determined by the “trier of fact” after reviewing all of the evidence.

When an incident like the Marques Gaines case happens, it is not unnatural for society to want to make someone pay. This was a bad situation made worse by the uncaring nature of some of the people who appear to have become desensitized to the plights of others. It was a senseless death that need not to have happened, but was it murder, or something else? Sometimes, public opinion can go a long way to shape the outcome of a case.

Actions leading to a serious injury or a fatality, when those actions grab the attention of the media, can result in unintended consequences for the accused. To sift through the media hyperbole, you will need an experienced criminal law attorney on your side. Call the Law Offices of David Freidberg today, at (312) 560-7100, or send an email, for a free no-obligation consultation.