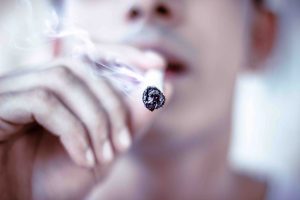 Drug charges are some of the most common criminal charges issued in the Chicago area. Even if you are no stranger to drug charges, you will want to know the different defenses you can use to fight the charges levied against you. It does not take much to fight a drug charge in Chicago, but you should always protect your rights with the help of an experienced criminal defense attorney. Your freedom is something you should never take for granted by nonchalantly accepting whatever charges were filed against you. Let us take a look at the most common defenses to drug charges in today’s post.

One of the most common defenses to a drug charge when caught in possession of drugs is that the drugs belonged to someone else. So many people use this defense as soon as the police officer initiates the contact. They carry this defense with them to their criminal defense attorney’s office and then in front of a judge if the case gets that far. This will require quite a bit of evidence to prove.

Others will argue that there was an unlawful search of their person that led to the drug charges. This very well could be true in some instances, but it will take quite a bit for you to prove in court. What is an unlawful search? For starters, it occurs when a police officer stops you and begins a search without having probable cause. For example, most officers will begin a search for drugs if they stop your vehicle and smell marijuana come from it when you open your window. This is probable cause.

If your drug crime case reaches trial, your criminal defense attorney will likely use the defense that the drugs are missing. Prosecutors know how important it is to have physical evidence to present to a jury or a judge when they head to court for your case.

If the prosecutor cannot provide the drugs that were reportedly seized from you by the police, your attorney will likely argue that the drugs are missing and might not have been real in the first place. When drugs are seized, they change hands quite often, which could lead them to disappear or be misplaced prior to your court appearance.

Have you been prescribed medical marijuana for an illness? If so, you could use this defense if you are charged with a drug crime in Chicago. Maybe you were pulled over for speeding and the officer found marijuana on your person. You claim it is medicinal but can not verify with your medical marijuana card. Simply present the card in court or a letter from your doctor and the charge could very well be dismissed.

Do you think that the drugs were planted in your car during a traffic stop? Do you know the drugs were planted in your apartment when police knocked on your door? You might be able to use this defense when you go to fight the drug charges levied against you in court. The sworn testimony of a police officer will be heavily weighted, which makes this defense very difficult to prove.

The judge might order the officer to release the complaint file if your attorney files a motion requesting this. The file has the names and contact information of all the people who filed complaints against you regarding drugs. Your attorney can then interview these people to determine if the drugs were actually planted.

Are you facing drug charges in Chicago? It is in your best interest to contact an experienced criminal defense attorney to handle your case. Call the office of David Freidberg today at 312-560-7100 to schedule your consultation today.