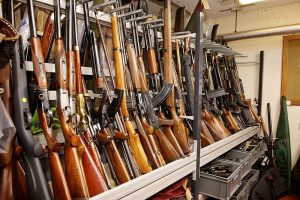 One of the most common crimes in Chicago is that of the unlawful discharge of a firearm. This article focuses on some of the aggravating and mitigating features that might influence the sentencing process. It is important for the attorney to note that some of these features are precisely the points of argument that might be used to challenge a finding of guilt or sow seeds of reasonable doubt amongst members of the jury (see the procedures in the Gerardo Hernandez–Rodriguez case). Generally speaking, recklessness without malicious intent is treated more leniently than in situations where the defendant has deliberately gone out of his or her way to use a firearm to commit another crime.

Chicago remains one of the harshest when it comes to gun laws, even though gun crime continues to rise. For the courts all that this trend has achieved is to increase the level of aggression amongst lawyers on both sides of the case. One area of particular interest is the level of injury compared to the original intent of the assailant. Shooting in the air is considerably less serious than shooting at a crowd. Typically, the aggravated form of the crime is automatically upgraded to a felony, which significantly increases the risk of long term custody.

Key Issues in the Pre-Trial Phase

Disputes may arise as to the identity of the person as well as the firearm that was discharged. Once those matters are settled, then consideration will be given as to whether there are any aggravating or mitigating features. As noted earlier, the loss of life is a serious aggravating factor whereas unintentional discharge could be accepted as an important mitigating factor. The services of a private investigator and ballistics expert may be appropriate in order to dispute the prosecutor’s version of events. The defense attorney must meticulously go over the evidence that is presented by the prosecutor, looking for any indicators that may not fit the Police Department Crime Definitions of the index offense.

If the answers to the questions above indicate a prima facie case, then a charge of aggravated discharge will be pursued as a Class 1 Felony. The prosecutor can seek anywhere between four and 15 years of imprisonment upon conviction. In addition, the defendant may be ordered to pay a fine of up to $25,000 as well forfeiture of the firearm/license. Where the firearm was discharged within 1000ft of a school, park, bus or sponsored activity then it becomes a Class X Felony (see 720 ILCS 5/24-1.2). The same applies If the victims include teachers, firefighters, paramedics, law enforcement officers, correctional workers and community volunteers. Call David Freidberg Attorney at Law now at 312-560-7100 to get the legal help you deserve.