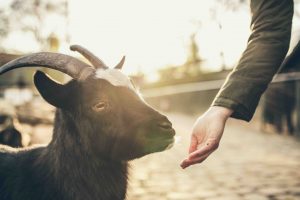 The Lanham Act was made law in 1946 by Congress on the permissions provided by the Commerce Clause. It offers a nationwide trademark registration system that gives protection to trademark owners who have registered to make similar use of their trademark illegal. This applies in cases in which such use could confuse consumers. It also applies if such use erodes the competitiveness or appeal of a popular company mark.

The extent to which the Lanham Act is independent can depend on state law. Besides providing a system for trademark registration, the act also provides criteria under which companies can watch the modifications they make to their trademarks. Through these aspects, the Lanham Act oversees unfair competition laws and regulations. It also controls false advertising. Business owners have a legal right against competitors who make misleading claims about their products and business operations. Also addressed in the act are issues of privacy invasion such as the disclosure of financial information to third parties.

Rob Lyons and Brian Roth have been selling Billy Goat Chip Company products since February 15th, 2009. They registered their trademark on the 30th of March, 2010. In response to a letter from the Tavern’s lawyers dated 2014, they stated that they had named their company in line with its roots in the Billy Goat Hill region of St. Louis. They reiterated that the labels adopted were to make emphasis on the city and state of origin.

The Billy Goat Chip Company yet maintained that the court should prohibit the complaint made by the Tavern. They did this by citing a lack of likelihood for consumers to confuse the two trademarks. It also claimed that the Tavern had violated the Lanham Act for false advertising, the Illinois Uniform Deceptive Trade Practices and the Illinois Consumer Fraud and Deceptive Practices Act.

The Lanham Act also applies in cases in which companies use images of celebrities and other famous personalities in their stores as a marketing tool on social media. Carmen Electra and several other models filed a lawsuit against a strip club in Chicago in October 2017 on claims that it had used their photos for online advertisements without their permission. They claimed this was a violation of the Lanham Acts and the Illinois Right of Publicity Act.

Product defamation laws, unlike personality defamation in Illinois and other state laws, seek to protect rights. The damages claimed must pertain to the business only. Businesses thus cannot claim that the defamation of their business also resulted in emotional and other non-economic harms.

Subject to the Lanham Act, online product disparagement and trademark infringement victims can claim the profits, cost of the case, and their actual damages from the defendant. Intentional violations of trademarks result in the defendants being liable to up to three times of the value of the damages. Victims should secure court injunctions that force the defendants to take down the offending violation, be it an online site, a service mark, or trademark. Get the assistance of lawyers with credible experience. Contact David Freidberg Attorney at (312) 560-7100 for more information.