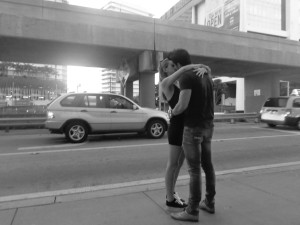 The legal age of consent for sexual activity in Illinois is 17. This means that voluntary sexual conduct with a person under the age of 17 cannot be consensual under the law under any circumstances. Put another way, it is not possible for anybody under the age of 17 to legally consent to any sexual conduct. Sexual conduct is defined as touching the sex organs of another person. This makes it possible for two 16-year-olds who engage in “heavy petting” to be found guilty of a crime in Illinois and to end up on the Illinois sex offender checklist.

Such situations are rare, however, and the more likely scenario that leads to criminal prosecution is when one party is over 17 and the other party is under 17. For example, if a 20 year old is accused of sexual conduct with a 16 year old, it is usually a complaint made on behalf of the 16 year old (by the parents) that leads to legal action. Illinois law provides that when any person commits a sexual act with someone between the ages of 13 and 17, and the other person is five years older than the minor, he or she is guilty of criminal sexual abuse. It is irrelevant that both parties say it was consensual. Being found guilty of criminal sexual abuse is a Class A misdemeanor and could result in required registration as a sex offender depending on your prior criminal history.

If you are accused of statutory rape and you are in a position of authority over the younger person, you face enhanced penalties and damages. In such situations, consent becomes 18, rather than 17, for relationships between a younger person and a person in an authority position. A position of authority includes coaches, teachers, doctors, or any person in a supervisory position over the minor. If you are in an authority position over a 17 year old, including but not limited to those listed here, then even consensual sexual activity can result in a conviction of criminal sexual abuse and in some circumstances require registration as a sex offender.

Although there is no set of circumstances under which sexual conduct with a person under the age of 17 is lawful, there are defenses that can be brought forth by an experienced age of consent lawyer. One affirmative defense available if accused of statutory rape is that you had a reasonable belief that the alleged victim was actually 17 or older. For example, if you met a woman in a bar and she showed you fake identification that led you to reasonably believe she was over the age of 21, that information can sometimes successfully be put forth as a complete defense to a charge of criminal sexual misconduct.

The Law Offices of David Freidberg Can Defend You

There are a number of defense strategies Mr. Freidberg may employ in defense of a statutory rape claim. If you are being charged with statutory rape, it is important to seek experienced legal representation from an experienced Cook County age of consent attorney. Contact us today at 312-560-7100 or email us, for a complimentary consultation to learn how we can fight for you.