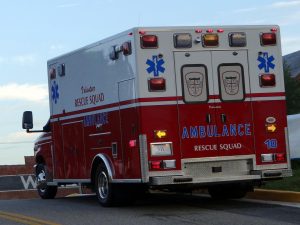 The rationale behind the laws relating to unlawful use of a weapon in Chicago are simple. First of all, they are designed to protect the public from harm by making it incredibly difficult and illegal to obtain a firearm. Secondly, the rules must take into account the perspectives of the gun lobby, which aims to take guns out of the hands of criminals whilst allowing unfettered access to the rest of the population. Recently there has been concern about mentally disordered people who may have no criminal record and therefore fully entitled to own a gun until they engage in mass killings. Those who deal with civil rights are not satisfied with the uneasy compromise because according to them the law is never blind in these instances. Ethnic minorities are likely to get stiff punishments for illegally owning a gun and yet when “white” defendants engage in mass murder; every effort is made (led by a compliant media) to find psychological defenses for them.

Preparing to Defend a Case of Unlawful Use of a Weapon

The attorney is expected to engage in what amounts to a background check of their defendants. This was particularly important in a high profile case that involved the gang-related drive-by shooting of Michael Arquero. The victim in this case soon turned into a defendant and the discovery was now all about proving that Arquero was not really as bad as his criminal record indicated. Using aliases he had been able to access weapons, highlighting the weaknesses of the entire system. The defense strategy that was chosen for the occasion was that of self-defense; one which sometimes requires the appearance of “clean hands” under the rules of equity. Following the investigation the prosecutors still accepted the prima facie case that Arquero had shot his attackers in self-defense although it appeared that he had no right to have a gun in the first place.

The case then descends into discussions about whether the defendant is a good or bad guy when really the key issues are whether he was entitled to carry the weapon that he used in his self-defense. In Chicago convicted felons are not supposed to own or carry guns. That is the starting point but following that line of questioning might have opened a can of worms for the prosecutor. Arquero had a normal non-criminal life as an emergency medical technician but then he had to change his identity at least twice following contact with the criminal justice system. When he was arrested between 2001 and 2002, the authorities believed that they were dealing with Michael Trivasano. In fact the climax of that episode of his life was prison sentence of five years for attempted murder. The public might take a view that such a person had no business getting anywhere near guns.

In any case, Arquero was not deterred by this major setback. Instead he legally changed his name to Larry Myers, then Michael Arquero. Under this new identity, he began a new life which involved getting married, starting a family, and getting an EMT license. It was all a good show of the possibilities of reforming after a life of crime. However there was a critical consequence of all these identity changes. Arquero was able to obtain a firearm owner’s identification card as well as a concealed carry permit. A simple fingerprint test would have confirmed that Arquero had a criminal record but Illinois does not have such requirements for pre-gun purchase checks. The case demonstrated the weaknesses in the law and the serious consequences that it can have for the public as well as defendants.