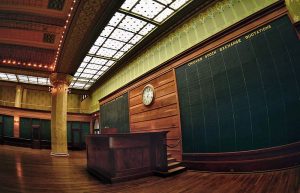 The complexity of the securities and commodities fraud case list means that the legislation must be written in such a way as to encapsulate all the various forms of criminality that are involved. Typically, this means that there are many agencies that support the work of the prosecutor even if they are not directly involved in handling the criminal case (see the Lindstrom case). For example; there is almost always a civil aspect of the case management that focuses on recovering some of the lost funds in order to compensate the victims. For purposes of clarity and consistency, the courts have tended to separate the criminal from the civil aspects of the prosecution.

The other important consideration is the systemic malaise that is associated with securities and commodities fraud. These are some of the most important platforms for handling large scale trade. That means that vast sums of money are exchanged, sometimes relying on individual investors who sink in their life savings. It is therefore abhorrent to the courts that public confidence would be undermined by fraudsters who use the product in order to access their victims. That is why in some cases the punishments for this type of crime have appeared to be harsh. The courts are particularly concerned to ensure that the perpetrators do not get away with large stacks of cash when the victims are left to rely on the small comfort of a successful criminal prosecution.

Investor Agents with No Qualifications and Bad Intentions

The fraud can happen on many levels throughout the process of engaging with the securities and commodities market. For example, an investor that is not qualified or appropriately trained may somehow gain access to vast sums of money which they in turn abuse. This could be by way of investing in highly risky ventures without the informed consent of the original investor (see Schor case 478 U.S. 833). Another dimension of the crime is where the investing agent knows very well that there is no legitimate business or legitimate profits to be earned. However, they go ahead and recommend the scheme as a profitable enterprise. The legislation was written from the point of view that the confidence of the investor should not be earned through deception or omission. Rather, investors should be appraised of the risks of the venture that they are signing up for so that they can make an informed choice.

Defense attorneys will want to deflect attention away from the defendant in terms of determining the culpability for the entire failed scheme. For example, they may argue that this was a genuine opportunity that ultimately failed due to circumstances that are beyond the ambit of the defendant’s capabilities. Another strategy is to claim that the investor knew all the risks and still decided to take on the venture. In this case the defense attorney will have to prove that the client was properly briefed and that there was no attempt to deceive them into accepting the proposal. The fact that defendants in this case can use some of their ill-gotten gains to hire the best lawyers means that they are sometimes at an advantage. That is why the courts sometimes use forfeiture and confiscation orders to keep illicit funds out of circulation.

Another facet of the prosecution will relate to the professional standards that are espoused by investment advisers. In some cases, their professional body may attempt to bring a civil suit and will certainly look to disbar the culprits (see Simon Hershon cases). The prosecutor will take account of the findings of those proceedings as well as the implicit breach of public trust in order to support the criminal case at a later stage. In other cases, the professional sanctions come after conviction. If you need an expert lawyer who will take care of your case. Call David Freidberg, Attorney at Law at 312-560-7100 now.