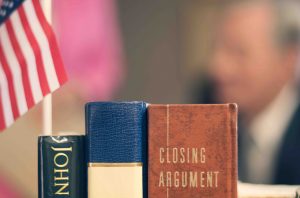 Although it is fashionable to suggest that lawyers are fond of twisting words and putting spin on evidence, the reality is that the courts in Chicago strive to get as much accuracy as possible based on the theoretical underpinnings of the court process. Most of the breaks in witness testimony and interventions by the judge are to ensure that the information that is being relayed to the jury is accurate, relevant, and timely. Otherwise, the courts would descend into a free-fall where anyone could say anything that they would like. It is not unknown for the law enforcement agencies to attempt to thwart the rules of evidence in order to convict someone that they consider to be guilty even though the evidence that they have against them is flimsy.

That is where the duties of the court come in. Since citizens are generally innocent until proven guilty in the USA jurisdiction, it is imperative that the court enforces the rules of procedure even if that enforcement might mean that there is some injustice. It is better to save one innocent person from conviction than to let thousands of the guilty go free. All the prosecutorial and defense teams know the score, but they sometimes try to play with the rules to the advantage of their side. The judge is the referee who ensures order and fairness.

The rules of evidence are not only relevant to the actual trial but also the preliminary and post-conviction processes. For example, they can be applied to the grand jury or discovery phase. The court will decide which evidence is admissible and which evidence is inadmissible based on the notion that using contaminated evidence is not an acceptable way to conduct a trial.

From time to time, the courts will call for expert witnesses. They will also consider whether the evidence presented to them was acquired and presented in such a prejudicial way that its intrinsic value was lost. A case in point is revealing facts about the defendant or victim that are going to significantly increase the harm to them in their community. The court will also ensure that the expert witnesses are really experts in their field and not just hand-picked in order to drive a certain narrative. Consistency is an important virtue in the witness testimony. To hear more about rules of evidence in Chicago, contact David Freidberg, attorney at law at (312) 560-7100.