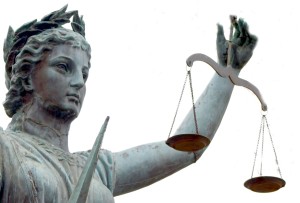 Sexual assault is a very serious accusation in all jurisdictions. It is a charge that, if you are found guilty, will alter your life, permanently. Depending on the circumstances and the accusation, you could face a long prison term and a hefty fine and will be required to register as a sex offender, thereby, being branded for life as a sexual predator.

Recently, there was a case of a Highland Park chiropractor who was accused by multiple patients who were treated at his office of sexual assault. In his defense he stated that he never did anything out of the ordinary in his practice, and that his touching of his patients during treatment was within the realm of a chiropractic physician. Without any physical evidence of an assault, could this be a case of perception? All too often these cases, become a matter of “he said, she said,” and the accused ends up being put in the position of proving that he is “not guilty,” instead of the other way around. See the Chicago Tribune article on a similar situation.

The Accusation That Needs No Evidence to Be Believed

Right now there is an ongoing scandal involving a famous individual being accused of multiple cases of sexual assault. Everyone has heard of the Bill Cosby scandal, wherein some of the accusations stem from alleged criminal sexual assaults dating back as far as 1965 (50 years ago) and the latest, 2008 (7 years ago). Of course, the Statute of Limitations will have expired on the very old accusations, but they will hang over Cosby’s head for the rest of his life.

We may never know if there is any merit to any of these accusations because the accusers waited too long to make their cases. With that said, Cosby has been tried and convicted in the Court of Public Opinion. He has been found “guilty” in light of all the media coverage, and his sentence has been the forfeiture of his reputation.

If accused of a crime, it is important that you know what your rights are and how to protect them. If the police are going to interrogate you, then you have the right to have your attorney present. Knowing your rights is the first step in the process, so if you are being charged with a sexual assault or battery and would like to discuss all of the potential defenses available to you, contact an experienced criminal defense attorney at the David Freidberg Law Office today, at (312) 560-7100, or send an email to schedule a no-obligation consultation.