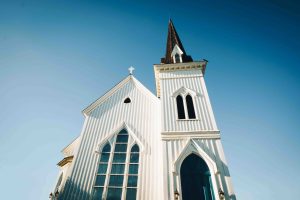 Baptist Pastor, Charles W. Lyons, confessed to a crime he committed against a female relative when he was a teenager. Ostensibly haunted by the act, Lyons told other pastors that he would prefer that they hear it from him instead of some other way. He has since resigned from his position with the church.

The Chicago baptist church conducted an investigation of Lyons after he came forward with his confession. They investigated whether or not Lyons had taken any sexual improprieties with members of his congregation. He had not.

Now, it is unclear whether or not Lyons will face charges for sexual assault of a minor. For reasons of privacy, the victim has not been named nor is it apparent how old Lyons and his victim were when the sexual assault occurred.

No Statute of Limitations on Sexual Assault

In July of 2019, the Illinois legislature eliminate statutes of limitations in sexual assault crimes. However, that law will not go into effect until January 1, 2020. Before, prosecutors had 10 years from the date of the offense to bring charges against an alleged perpetrator. Afterward, the state could not bring charges for sexual assault.

In 2017, the Illinois legislature had voided the statute of limitations only in cases involving a minor. Since that law is currently in effect, the authorities would not have to wait to bring charges against Lyons.

Lyons confessed to the sexual assault in 2017. A year later, the family of the victim reached out to the church. Lyons has been remorseful and it is unclear that had he not come forward, anyone other than those in his family would have known about the assault. However, this does not mean that authorities cannot file charges against Lyons if they choose. They will likely discuss the matter with the victim and will base their decision on whether or not she wants to move forward with the charges. If she does not, authorities may consider the matter settled, even with a confession.

Statutes of Limitations in Illinois

Sexual assault is now one of a number of crimes that no longer have statutes of limitations in the State of Illinois. Other crimes include:

In other words, if you are suspected of any of the aforementioned crimes, then the prosecutor has up until the moment of your death to pursue criminal charges against you.

If you have been charged with a crime in the greater Chicago area, David Freidberg, Attorney at Law will ensure that you are not railroaded by faulty police work. Call us today at (312) 560-7100 and we can begin preparing your defense immediately.