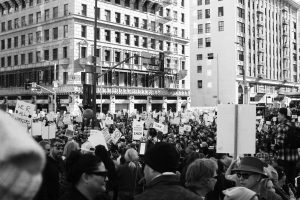 There is no doubt that the enactment of anti-abortion laws is one of the most important cultural war issues in the USA at the moment. Chicago is not insulated from the arguments for and against the practice. At the moment, there are certain prohibitions and exemptions that have developed over time in response to federal law and changes in the popular attitudes to abortion. There is a prohibition on abortions of fetuses that are considered to be viable. This is anywhere between 23 and 24 weeks. Exceptions to the rule are made when there is a risk to the life or health of the pregnant person. At the same time, the state is subject to the Partial-Birth Abortion Ban Act of 2003, which effectively bans certain second trimester abortion procedures including extraction and intact dilation. This ban does not make exceptions for the health of the mother, a rather controversial configuration.

Although Illinois has a Partial Birth Abortion Ban Act, it is not currently enforceable. Other provisions and regulations determine who is allowed and not allowed to administer “abortion care,” as it is sometimes euphemistically called. The current practice is to restrict the right to administer the care to physicians who have a valid license to practice in the state. Others who are allowed to administer medication abortion are advanced practice clinicians including physician assistants and advanced practice nurses. There are strict licensing and regulation requirements. Many of these fall under the Illinois Medical Practice Act. There are other professional statutes that may be applicable in this instance.

Attempts to Control the Practice

The road to abortion regulation has been a long one with many twists. The lawmakers in the state have tried to make some additional provisions that focus on the providers. Nevertheless, the interventions of court settlements and consent decrees have meant that these are often modified in some way. Alternatively, they are not enforced at all because they are socially unacceptable or impractical in the grand scheme of things. Charities and campaigners have played a critical role in informing the public and providing access to people who would otherwise be discouraged from securing an abortion if they needed one.

The recording requirements are important as well because they can track when and how abortions are done. Physicians are under professional obligation to make appropriate and regular reports to the Illinois Department of Public Health. Some of the information that is required includes the county in which the procedure was carried out, the type of procedure, any notable complications, and the biographical data of the client including age, race, ethnicity, education, marital status, gestational stage, and previous terminations or pregnancies. These are standard forms that call for the information, which can later be aggregated into macro reports.

Although healthcare professionals are under a general obligation to provide care to the sick, they can decline to provide abortion services. However, they are required to provide emergency assistance even if it is required during the course of an abortion or with regards to the health of the mother. According to the Illinois Health Care Right of Conscience Act, no professionals should be forced to carry out procedures against their conscientious convictions.

Despite all the detailed provisions relating to the provision and prohibition of abortion in Chicago, it remains a part of the law that is a work in progress. There are so many considerations that are not fully understood by the lay public. Indeed, the terms of the debate surrounding abortion continue to evolve as American society becomes less conservative about parental choice in these matters. For the help of an expert with your abortion case, contact David Freidberg, Attorney at Law at 312-560-7100.