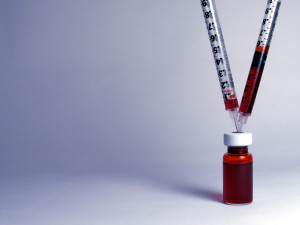 In all jurisdictions, first degree murder is the most serious of homicide crimes that one can commit. The prosecutor in a “first degree” murder case must show, beyond a reasonable doubt that (1) one individual killed another individual, “without justification”; (2) that the individual intended to kill or do great bodily harm to the victim; (3) that he or she knew that the actions would or could produce such bodily harm that may result in death; (4) that the individual killed the victim while in the process of committing a felony (except the lesser included second degree murder charge).

In Illinois, the penalties for first degree murder often depends on who the victim was and any circumstances surrounding the murder. But under no circumstances will the penalty result in the death penalty. The death penalty for all intents and purposes has been abolished in Illinois. Illinois courts will often request a separate sentencing hearing after the defendant has been found guilty, in order to consider any aggravating or mitigating circumstances.

There are still currently thirty-one states that have the death penalty:

There are nineteen states, including Washington D.C. that have abolished the death penalty:

The death penalty for first degree (capital) murder remains a controversial issue in today’s political climate. It will probably take a U.S. Supreme Court ruling before this issue will be finally closed.

When a Fist Fight Turns Deadly, is it First Degree Murder?

Brawling at a party or in a bar will not mitigate a first degree murder charge when one of the brawlers escalates the fight from the use of fisticuffs to the use of a deadly weapon.

Defenses to a first degree murder charge are:

If you are being charged in a first degree murder case, consult with an expert criminal defense attorney to see if any of these defenses will apply to your particular case.

If accused of a crime, it is important that you know what your rights are and how to protect them. The need for an experienced criminal defense attorney begins with the charge and arrest. Knowing your rights is the first step in the process, and continues thereafter through a possible trial to acquittal or sentencing. If you are being charged with any crime, including murder, sexual assault or battery and would like to discuss all of the potential defenses available to you, call the Law Offices of David Freidberg today, at (312) 560-7100, or send an email, for a no-obligation consultation.