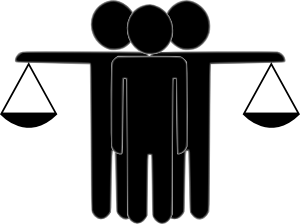 Prosecutorial discretion in Chicago has always been a controversial issue particularly if the public feels that there is an element of unfair selection and victimization. One of the leading practitioners of the deferred prosecution program is the Cook Country State Attorney. This program has been in operation since 2011 but is not without its detractors. For example, it has been subjected to an evaluation by the Illinois Criminal Justice Information Authority. The grant for this research was offered by the Loyola University Chicago. The success of the program has led to its being designated as the model of good practice for the Offender Initiative Program. All these interventions are enshrined in the Illinois Statute book under 730 ILCS 5/5-6-3.3. The three major objectives of the program are as follows:

One of the other objectives that is implied is that of inspiring public confidence. The criminal justice system is nothing if the public does not believe it to be fair and effective. Deferred prosecution already lays down pitfalls in terms of being open to accusations of being either too soft on crime or alternatively being too hard on certain crimes/criminals. Both of these extremes are undesirable and the law has to constantly walk a tightrope of compromises.

Key Ingredients of the Program

Under the program, a first-time non-violent offender may be given a chance to avoid both a felony conviction and a term of imprisonment as long as they complete a 12-month program. The assistant DA screens the defendants based on their criminal history and the instant charge. For example, the following offenses may be eligible for the program provided the other conditions are satisfied:

In order to ensure public confidence in the system, there is a requirement that both parties agree before the deferred prosecution program can take place. When the conditions are satisfied, the case is passed on to a pre-trial services officer. This official is then responsible for monitoring the progress that is made by the would-be defendant over the next 12 months. There are a number of conditions that might be imposed on the defendant including:

Where the defendant is able to complete the program then the felony charge is dismissed. The defendant is given guidance on whether or not he or she can expunge the arrest record. Statistics indicate that between 2011 and 2013; there were about 35 people on the program on a monthly basis.

The Issues for a Defense Attorney

First of all, it is important to appraise the defendant of the possibility that his or her arrest record will still be available for the public to view unless it is explicitly expunged. Moreover, the defendant must be impressed with the fact that any failure to comply with the program may mean being dragged before the court and that the judge may be inclined to imprison him or her on the basis that they have already failed to respond to alternative remedial measures. However, in most cases the deferred prosecution program will be a preferable option to custody unless the defendant has such serious problems that he or she clearly represents a danger to him or herself and members of the public unless incarcerated for a period of time. If you need a successful and professional lawyer to represent you, contact David Freidberg Attorney at Law today at (800) 803-1442.