A female jailer at the Cook County Jail was arrested and charged with felony custodial sexual misconduct recentlyafter an internal investigation allegedly confirmed the jailer had sexual contact with an inmate. The arrest was part of an ongoing operation by the Cook County Sheriff’s Office to uncover corruption and inappropriate conduct at the jail. 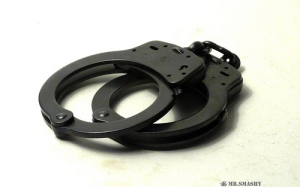 There are three possible defenses available to a defendant in this situation.

The first is that the conduct never happened, and that the victim fabricated evidence. In this situation, the arrest was part of an ongoing investigation by the sheriff’s office looking for corruption within the jail’s ranks. It is unknown if inmates were offered any special privileges or offered reduced jail time if they cooperated with the investigation and/or helped uncover corruption. Any transcripts, recordings or notes of conversations between the victim and other prison officials would need to be examined, and the victim and officials he had contact with interviewed, to determine if he was promised anything in exchange for informing on allegedly corrupt officials. If any such evidence came to light, it would show that the victim had motive to make up a sexual encounter for his own self gain.

The defendant was the victim

The second possible defense is that the defendant was the victim, rather than the one who initiated the sexual conduct that resulted in the charge. If there is any evidence that she was coerced or threatened to engage in sexual conduct with the victim, then the charges would have to be dropped or a verdict of not guilty handed down at trial.

The defendant did not know the victim was an inmate

If none of these defenses are feasible based on a review of all the evidence, then it may be in the defendant’s best interest to negotiate a plea for a lesser charge.

Conviction for custodial sexual misconduct, or any sex crime, is a serious charge that can result in prison time, registration as a sex offender and, in the case of custodial misconduct, the loss of employment upon conviction. If you have been charged with any sex crime, you need an experienced attorney who will build an aggressive defense against all charges. With close to 20 years’ experience handling all sex crimes, Chicago sex crimes attorney David L. Freidberg should be who you turn to first. Contact our Chicago, Skokie or DuPage County office 24/7 at 312-560-7100 to schedule your free initial consultation.