A Chicago woman was charged with child endangerment following the beating death of her 16-month-old son at the hands of her boyfriend. The mother was charged after evidence showed that she had been aware that the boyfriend was allegedly burning her son while he cared for him, but did not get treatment for the injuries and continued to leave the boy in her boyfriend’s care. 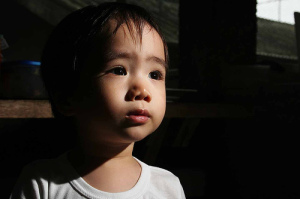 Illinois Child Endangerment and the Requirement of Knowingly

A person endangers the life or health of an Illinois child when she knowingly:

As I have discussed in posts on other crimes, whether the defendant’s action was done “knowingly” is a specific element of the crime. In order to gain a conviction, the prosecution must be able to prove that the defendant left her son with the defendant knowing that his life and health were in danger.

In this case, the defendant’s family members on different occasions noticed the burn marks on the child and suggested she take the boy to the hospital. After her arrest, the defendant said she did not follow their advice because she was afraid child protective services would take him and her other three children away from her. She believed the burns were from a space heater in the family’s home. An autopsy on the boy showed a brain injury, broken and fractured ribs and internal damage to organs.

The presence of any one of these factors would raise reasonable doubt as to whether the defendant knowingly caused or permitted her son’s life to be endangered, and could be enough to win an acquittal or reduction of charges.

Child endangerment is a serious charge that can result not only in prison time, but in the loss of custody or contact with your other children as well. If you or a loved one has been charged with child endangerment, contact the Law Offices of David L. Freidberg, P.C. today. With almost 20 years’ experience practicing as a Chicago child endangerment attorney, Mr. Freidberg understands what is at stake and will aggressively defend you against all charges to help you avoid imprisonment and the loss of your children. With offices in Chicago, Skokie and DuPage County, we are able to provide an experienced defense to clients throughout Chicago and the surrounding suburbs. Call our office 24/7 at 312-560-7100 to schedule your free initial consultation.