The recent revelation that Josh Duggar, oldest son of “19 Kids and Counting” stars Jim Bob and Michelle Duggar, molested at least three of his sisters and an unrelated female when he was 14 years old has raised questions about criminal prosecution of child sexual abuse cases and who qualifies as a mandatory reporter. 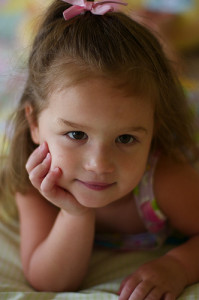 In certain circumstances, however, the statute of limitations is tolled. This means that the time limit does not start running until a different time as specified under law. In Illinois, the statute of limitations for aggravated criminal sexual abuse doesn’t begin to run until the victim turns 18, at which point she has 20 years to press charges. So if a child is sexually assaulted when she is three years old, she has until she is 38 years old to press charges against her alleged attacker – meaning the abuser can potentially be prosecuted for his crime 35 years after it happened.

Many people have questioned why charges cannot now be filed against Josh Duggar. If the abuse had taken place in Illinois, the Duggar sisters, who are in their early 20s, would still be able to press charges, as the statute of limitations only began to run when they turned 18. However, there is a difference between whether a crime may be prosecuted from a legal standpoint, and whether it may be prosecuted from a practical one. It appears that the sisters would make very uncooperative witnesses, which would make it difficult for the prosecution to move forward with a case. This is not an uncommon occurrence in sex crimes cases; the prosecution can have sufficient evidence to corroborate the crime, but is unlikely to move forward if the victim expresses an unwillingness to cooperate.

However, parents have a responsibility to protect their child from harm, and while failing to report your child for sexual abuse may not lead to criminal prosecution under the mandatory reporting statute, it could lead to criminal charges of neglect or child endangerment for failing to remove either the victim or the abuser from the home in order to protect the victim from further abuse.

Any Chicago sex crime is a serious offense, and a conviction puts the defendant at risk of imprisonment and lifetime inclusion on the Illinois sex offender registry. Chicago sex crimes attorney David L. Freidberg can help. With more than 17 years’ representing defendants against felony and misdemeanor sex crimes charges, David L. Freidberg is a skilled litigator whose tenacity in court has earned him a reputation as one of Chicago’s toughest criminal defense attorneys. Serving clients in the greater Chicagoland area with offices in Chicago, Skokie and DuPage County, call today at 312-560-7100. Somebody is available 24/7 to speak with you about your case.