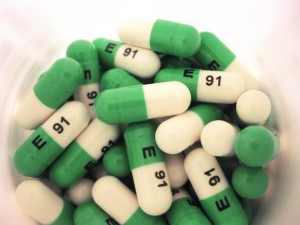 Ecstasy, increasingly referred to as Molly, is the street name for the drug MDMA (3,4-methylenedioxy-methamphetamine). Whatever you call it, Ecstasy is a synthetic and psychoactive drug, with similarities to stimulants like amphetamine and with similarities to hallucinogens, like mescaline. Those who take it report experiencing euphoria, increased energy, warmth and empathy to others, and distorted time and sensory perception.

Penalties for Possession of Ecstasy

There are differing penalties for those convicted of Ecstasy possession, depending on the amount of drugs found when the arrest is made. If you are arrested with fewer than 15 tablets, you will be charged with a Class 4 felony. Class 4 felonies in Illinois carry a potential prison term of one to three years, although probation is possible, especially for a first offense.

Being arrested with a large number of tablets can also result in charges of Delivery of Ecstasy or Intent to Deliver Ecstasy. Delivery of even a half tablet of Ecstasy can result in a mandatory minimum three-year prison sentence, and if you are charged with the distribution or attempted distribution of 15 or more Ecstasy tablets, you will face Class X felony charges. Convictions of Class X felonies carry mandatory minimum prison sentence of six to 30 years.

If You Have Been Charged With Possession or Delivery of Ecstasy, We Want to Help You

There are many defenses available to help protect your rights if you end up being charged with possession or delivery of Ecstasy. The factual circumstances surrounding your arrest will be of the utmost importance in determining whether any of your civil rights have been violated. If the police did not follow proper procedures, the charges against you may be reduced or even dismissed. The process begins with knowing your rights, so if you are facing ecstasy charges or any other drug charges and would like to discuss your case and your options,  call an experienced Chicago criminal defense attorney at David Freidberg law today, at (312) 560-7100, or email, for a no-obligation consultation.